The great debate between the.270 and 30-06 has been going on for decades. Which one is better? Well, it’s tough to say because both of them have their pros and cons. However, we can look at some of the facts surrounding each rifle cartridge and determine which would be best in certain situations. This article will examine both cartridges and offer insights on circumstances where each excels the most. So let’s jump right in!

The .270 is a popular hunting cartridge you can use for anything from deer to elk, antelope, and even some larger game. It was initially designed in the early 1920s but didn’t see widespread use until after World War II, when it got more popular among hunters who wanted something with more punch than their trusty old 30-30. However, it’s worth noting that both cartridges are great on just about any big game animal in North America.

Additionally, the .270’s high ballistic coefficient makes up for its slightly smaller size by allowing it to reach higher velocities while maintaining excellent bullet penetration.

The .270 is the most common caliber today, thanks to ammo availability and excellent performance against almost all game types.

On the other hand, the 30-06 has a proven track record on all sorts of big game, but it shines against bigger animals where its slightly larger size allows it to pack quite a punch without losing too much velocity along the way.

For many hunters, there is nothing more satisfying than taking down something like elk or moose with just one shot, which you can often do if you use some excellent heavy grain ammo with this rifle round. One downside of using heavier bullets is less overall muzzle velocity. While they are great at penetrating deep into a target, they can sometimes have trouble with accuracy at longer ranges.

The 30-06 is an old cartridge that has been around for over 100 years and was one of the most popular cartridges in America during World War II (it’s actually still used by the US military).

Initially designed for the M1903 Springfield rifle, it saw extensive service in World Wars, Korea, Vietnam & Middle Eastern conflicts. It has also been adopted by many other nations (including Norway) and used extensively in hunting rifles here and around the world. 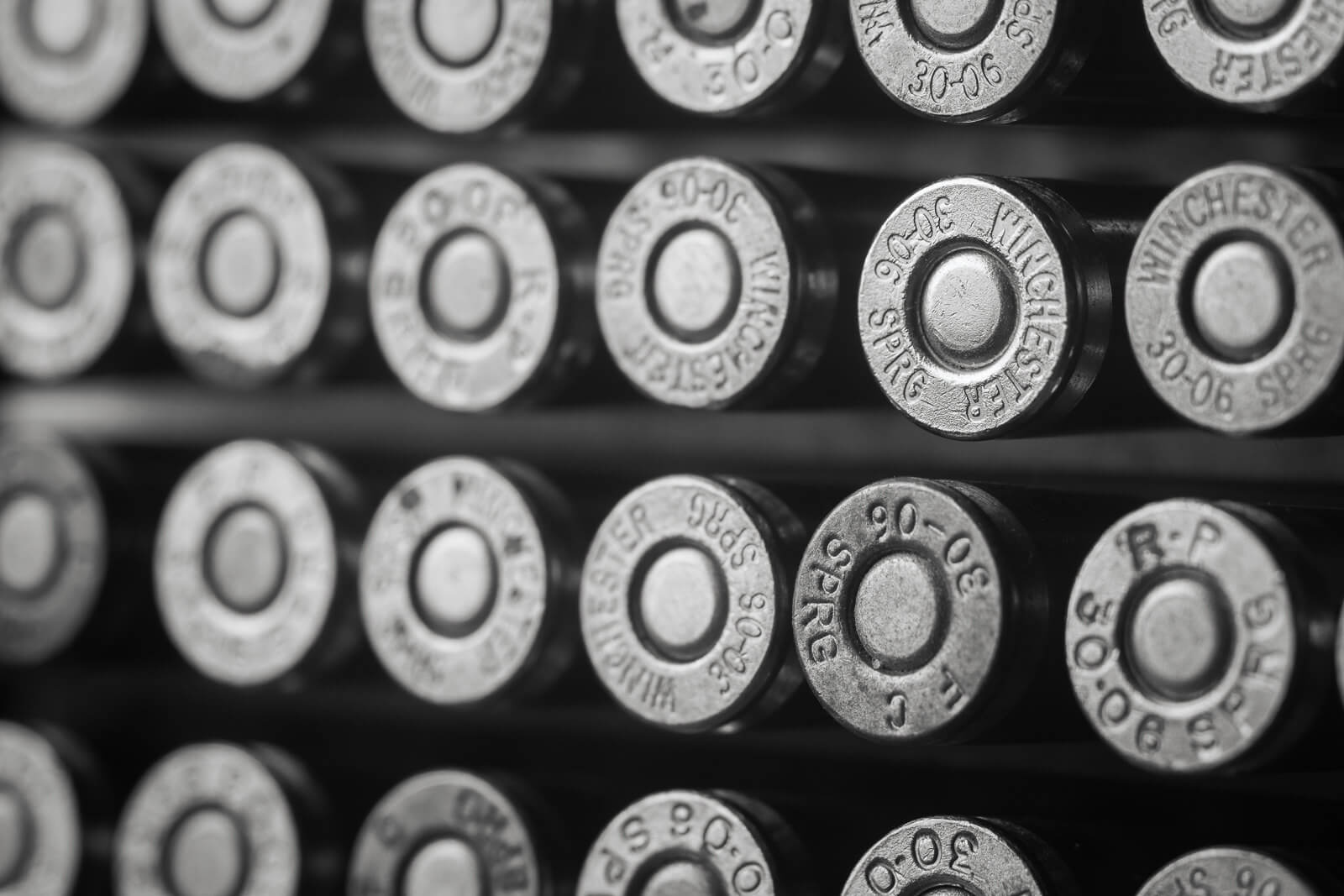 The .30-06 Springfield cartridge was first introduced in 1906. Because of its efficiency, it got the tag “the most popular hunting round ever.” The number 30 refers to its caliber size, while 06 is a shortened version of 1906 – when it debuted.

Today it is still being used for hunting and military purposes because of its superior accuracy, thanks to the .30-06’s high velocity. Not only that, but many believe this cartridge also increases penetration power due to the bullet design, which allows hunters not only an accurate shot but one that can easily penetrate through thick layers of hide or bone with ease.

Since its release, the .270 has been a favorite of hunters because it offers excellent performance with great accuracy across many different situations. 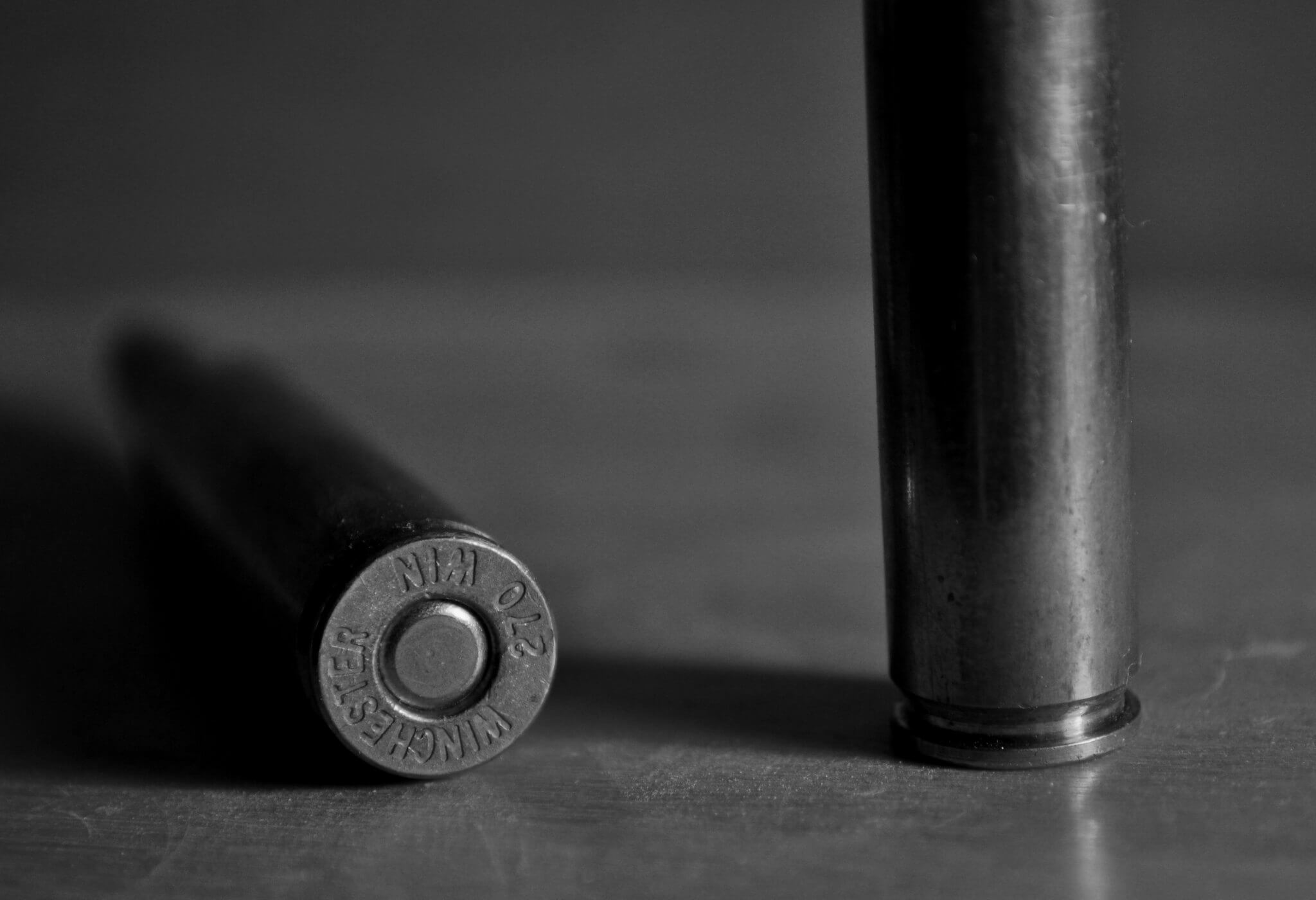 It’s not too heavy to carry but also packs enough punch that you can take down larger animals at longer distances than other rounds might allow. In addition, this round’s high-velocity nature tends to have less recoil than some bigger calibers. This feature allows shooters more accurate shots on target each time they pull the trigger without having a sore shoulder after just a few rounds fired off!

Firstly, we should establish that both hunting cartridges have been around for many years.

They can be found on the shelves of most local gun stores and the internet. Many hunters use .270 or .30-06 rifles because they are accurate, with a wide range of bullet weights available to fit their needs.

The .270 and the 30-06 both shoot a bullet at around 3000 feet (0.91 km) per second. The .30-06 is slightly higher than the .270, but only by about 100 fps. This does not seem like much difference when you look at them side to side on paper. However, it can be seen as significant in long-range shooting situations because that extra speed allows for more drop over distance.

Performance-wise, both cartridges are very similar in velocity and energy levels at 100 yards distance. However, there is some advantage for the .270’s smaller size. It allows shooters to carry extra rounds while hunting or shooting competitively without noticing too much weight loss compared to bigger bullets of high recoil caliber guns like 300 Win Mag or 338 Lapua Magnum rifles.

The next question is, which of these two cartridges is more shootable? Is it worth going to all the effort and expense of switching from a .270 Winchester to a rifle barrel chambered for a .30-06 Springfield? Or vice versa?

It depends on what you want out of your hunting rifle! So let’s take a look at some things to consider when choosing between the two most popular hunting cartridges today.

The first thing to consider is weight. The .30-06 Springfield weighs about twice as much as the .270 Winchester cartridge. There are light recoiling deer calibers with less kick than even a .270 Winchester. The lightweight .243 Winchester, for example, is a trendy cartridge for hunting deer and the recoil compared to a .270 is negligible.

This brings us to our next point: recoil. The .30-06 Springfield produces more recoil energy than any other mainstream hunting cartridge on the market today except for some magnum cartridges. As a result, a lighter-weight rifle in either cartridge will swing faster and with less muzzle flip, making it easier to make accurate shots as fast as you can pull the trigger.

Ballistics is defined as the study of motion, especially the motion of projectiles in flight. Using this definition, we can begin to note differences in the two cartridges’ ammunition.

While both rounds can be used interchangeably (with proper bullet selection), they excel in different situations. Understanding their ballistic properties will assist you in choosing which caliber would work best for your specific needs.

In terms of the components used, the .270 offers a ballistic advantage over the 30-06 in two categories: recoil and velocity. Recoil is lighter for standard hunting cartridges (150gr) and high-performance rounds (130gr+), while ballistic coefficients tend to be higher than equivalent weight bullets fired from 30-06. For example, the 130gr .277 brand Hornady Interbond has a BC=.619 while its counterpart in 30-06 weighs 8 grains more at 138 grains (.496).

It is difficult to say which cartridge reigns supreme, the .270 or the 30-06 Springfield, when it comes to accuracy. Both calibers have a long and distinguished history in the hunting world, and both are known for their accuracy. But, of course, for any argument between two rifles or cartridges, we must first cover the basics.

Both the .270 and the 30-06 Springfield are rifle cartridges designed for hunting medium-sized game like deer and elk, emphasizing accuracy and stopping power. However, with top-notch .270 optics and 30-06 rifle scopes, you can count on better accuracy when out hunting.

If we look at the numbers alone, of course, the 30-06 Springfield will have a slight edge over its younger brother. Both calibers fire a cartridge just under 3 inches long with an average weight of 150 grains from a modern firearm. The most common bullet weights for each of these cartridges range from 100 grains up to 220 grains, so you can expect either of them to perform very similarly, if not identical, in terms of flat trajectory, stopping power, and penetration.

The 30-06 vs .270 rivalry will go on for decades to come. But the cartridge with the edge depends on the use and what works best for you. Like they say, if you want something done right, do it yourself. So don’t be a fence-sitter; go try out these two for both closer range and long-range shots to know which comes out on top.